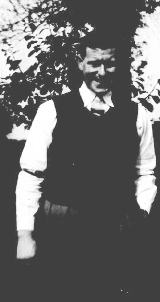 George went to work down “the Pit” at Kiveton Park starting on his 14th birthday. When World War 2 broke out coal mining became a reserved occupation and George worked in the mine throughout the war. This coalmine, like many others, no longer exists being closed in 1994  resulting in the loss of 1,000 jobs.

Coal mining was traditionally the principal industry of Kiveton. Even as early as 1598 the area was extracting 2,000 tons a year. By the middle of the 19th century, the coal extracted from the mine, was transported by canal and  rail. In 1866, the Kiveton Park Colliery was sunk, making it one of the earliest deep mines in the world. As a result of the new colliery, the population of Kiveton leapt from 300 to 1,400 over a period of just ten years. Read more..